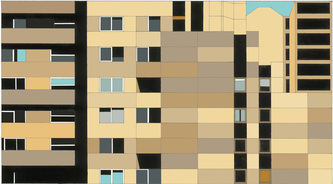 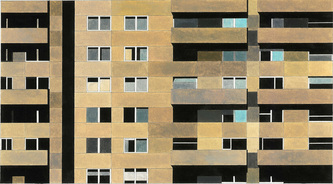 Kate Jackson studied Fine Art at Sheffield Hallam University before
leaving when her former band The Long Blondes signed to Rough Trade
Records in 2006. For the next few years her art and illustration work
primarily focused on creating an aesthetic for the band. However,
after The Long Blondes split in 2008 Kate was able to focus on her own
artwork and solo music career. She is fascinated by clean lines and
the patterns found in architectural forms, the cyclical way the city
imitates art and art imitates the city, dramatic graphic forms and
colours used in printmaking and advertising, mass production, and the
connection between music and art.